“Asta la vista”: the finalists of the fight for the place of Boris Johnson were determined

The finalists of the race for the right to succeed Boris Johnson as leader of the British Conservatives and the head of the government of the United Kingdom decided on Wednesday. Ex-secretary of defense Penny Mordont, who was in second place, was eliminated from the race. She was knocked out of the saddle by Foreign Minister Liz Truss. Now she has to fight with Rishi Sunak, who is – for now – in first place. The fight for leadership is getting fiercer. 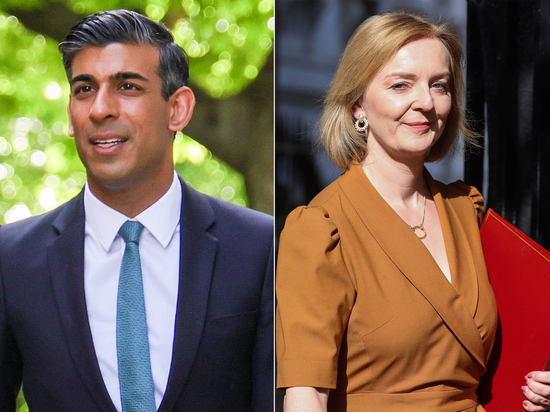 Truss and Sunak advanced to the finals of the competition for leadership of the Tory party after the elimination of Penia Mordaunt. Liz Truss, who was in third place, managed to enlist the support of 27 additional votes of members of parliament, scored a total of 113 of them – and knocked out Penny Mordaunt, who had hitherto been ahead of her, with her 105 support votes. Rishi Sunak, who remains at number one, has 137 votes. But it is too early for him to rejoice at the first place.

Now the choice of the future party leader and, accordingly, the new prime minister of Great Britain will have to be made not by members of parliament from the Conservative Party, but by tens of thousands of ordinary Tory supporters during the national vote. The winner is expected to be announced on September 5th. And in this regard, in forecasts, one should not rely too much on who is in the lead now and who is in the second.

Liz Truss demonstrated the ability to fight by any means, including not quite clean ones. Supporters of Penny Mordaunt, who dropped out of the race (from second place), are sure that the head of the Foreign Office, who has bypassed her, and is building herself a “new Margaret Thatcher”, had a hand in the attacks on her by the media. And it looks like Liz Truss has won the Conservative election campaign, observers already believe. The votes of those who had previously supported Member of Parliament Kemi Badenok went to her “wholesale”. If this is the case, then suddenly Rishi Sunak is no longer the favorite to vote, writes The Guardian.

In addition, it is worth bearing in mind that the preference pattern of the conservative public may change, since it is one thing for representatives of the party establishment to express their opinion . And ordinary conservatives may have a completely different alignment of preferences.

In fact, a YouGov poll published on Tuesday showed that ex-Chancellor of the Treasury Rishi Sunak, who was voted among the deputies of parliament, will lose in the final round to any of the three remaining rivals at that time – however, these three included even the one who had dropped out of the race on the same Tuesday, Kemi Badenok, popular with the Tory right wing (revealingly, according to this poll, this 42-year-old politician with Nigerian roots, even though she never held a cabinet post, could defeat any of the candidates in the final). So, Sunak will have to work hard to turn the tide in the remaining weeks and ultimately bypass Liz Truss.

While the finalists of the competition for the right to lead the Conservative Party will face tough battles for the votes of their party members, the one for whose place the fight is underway, little by little he is saying goodbye to his post.

“Mission largely accomplished,” said Boris Johnson as he concluded the final session of parliamentary questions to the prime minister to thunderous Tory applause.

Sir Edward Lee expressed gratitude to the outgoing Prime Minister Johnson for the vaccine rollout, the Brexit campaign, and for supporting Ukraine.

In turn, Boris Johnson offered advice to his successor: “Stay close to the Americans, be get closer to the Ukrainians and stand up for freedom.”

“The mission is basically accomplished…for now,” the politician said, and he reproduced a quote from Schwarzenegger’s character from Terminator 2: “Hasta la vista, baby.”

Boris Johnson said goodbye to parl with a phrase from “Terminator”: video