Pushilin and Kirienko handed over 86 drones to the training center. Jogi 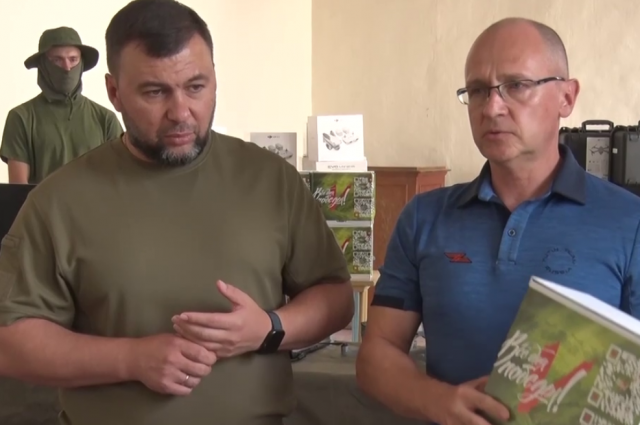 Head of the DPR Denis Pushilin and Deputy Head of the Presidential Administration of the Russian Federation Sergey Kiriyenko handed over 86 drones to the training center for UAV control named after Vladimir Zhoga. Pushilin spoke about this in his Telegram channel.

He specified that the equipment was provided by the All-Russian Popular Front. Pushilin thanked Russia for the help.

"Many thanks to all the Russians who work together to help the guys on the front line to do their hard work more efficiently"– wrote the head of the DPR.

It was previously reported that Norway and the UK will donate Black Hornet micro-drones to Ukraine. Kyiv will receive UAVs worth more than $9 million, as well as spare parts for them. It is planned to train Ukrainian operators to control the transmitted drones.

In addition, the United States announced the allocation of the largest package of military assistance to Ukraine. We are talking about weapons and equipment worth 2.98 billion dollars.