Official reports of the Ministry of Defense, testimonies of journalists, statements of politicians

Vladimir Putin signed a decree on increasing the number of Russian military personnel by 137,000 to 1.15 million. The LPR noted that the units of the Armed Forces of Ukraine fired 10 missiles from the HIMARS MLRS at the city of Stakhanov. President of Ukraine Volodymyr Zelensky said during a video message that the upcoming winter for the country “will be the most difficult in history” due to high gas prices. Read online of the previous day of the special operation here. 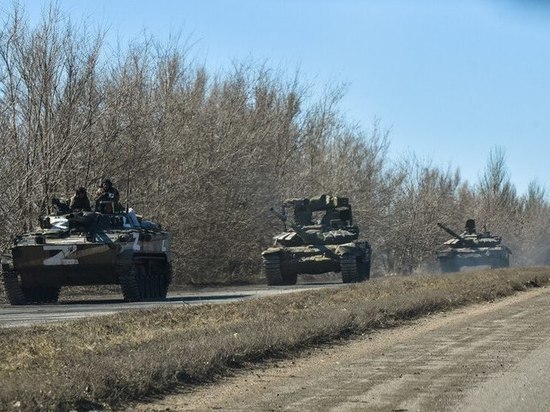 12:00 The NATO Military Committee will meet on September 16-18 in Tallinn. Sweden and Finland will take part for the first time.

11:58 Spiegel reports that a group of deputies from the Social Democratic Party of Germany (part of the ruling coalition) opposed the supply of heavy equipment to Ukraine. This is necessary to avoid escalation. Among the signatories to the appeal are several members of the Bundestag, as well as the European Parliament and the mayor of Dortmund.

11:36 In the Kharkiv region, a traffic police department has been opened. There you can register a car and exchange your license, as reported by the Ministry of Internal Affairs of the Russian Federation.

11:10 The Russian Foreign Ministry said that the Latvian authorities obsessed with Russophobia are ready to use any means to suppress dissent and disloyalty in society. The department also noted that the call of the President of Latvia to isolate all Russians disloyal to the state is unacceptable and violates all generally accepted norms.

10:48 The Ministry of Economic Development of the Russian Federation reports that the Eurasian Intergovernmental Council approved recommendations for the development of settlements in national currencies in the EAEU.

10:34 The Pentagon said that Ukrainian officials may not know where the US-handed equipment will end up. According to an inspector from the US Defense Department, Kyiv keeps records of the supplied weapons on paper.

10:10 The dollar exchange rate on the Moscow Exchange on Friday morning rises to 60.19 rubles. The euro exchange rate drops to 59.81 rubles.

10:08 Deputy head of the Kherson region Stremousov said that Kyiv was threatening to kill him along with his family. In his Telegram channel, the official said that this would not stop the development of the region, and residents once again see the true face of the nationalists.

9:48 The FSB reported the detention of a Ukrainian intelligence agent . It turned out to be a citizen of Ukraine who lived in Kursk. He is suspected of involvement in the collection and transfer of information about the objects of the Russian Ministry of Defense.

9:20 The price of electricity in the UK will increase by almost 80 percent from October 1, reaching record 4.2 thousand dollars a year. This is reported by the regulator.

9:05 The regime of restrictions on flights to 11 airports in the south and central part of Russia has been extended until September 4. This was reported in the Federal Air Transport Agency.

Vladimir Dzhabarov, deputy head of the international committee of the Federation Council, claims that in the near future, the Russian military suppress all points from which shelling of the territory of the Zaporizhzhya NPP is carried out.

British Foreign Secretary Liz Truss said that the energy crisis in the country and across Europe will not be over in six months. It will be protracted.

The IAEA mission will be at the Zaporozhye NPP in the coming days. This was stated by the director general of the agency Rafael Grossi. He will lead it.