The chance of Finland and Sweden not joining NATO remains

Russia should give them “clear guarantees”

Against the background of Russia's special military operation in Ukraine, Finland and Sweden are seriously considering whether their long-term neutrality is now the best means of ensuring national security. Therefore, Helsinki and Stockholm are actively discussing the issue of joining NATO. Earlier, the Finnish press reported that the leaders of the countries intend to publicly announce their plans to apply for membership in the bloc as early as mid-May. The expert assessed what threatens the Russian Federation with the accession of states to the North Atlantic Alliance. 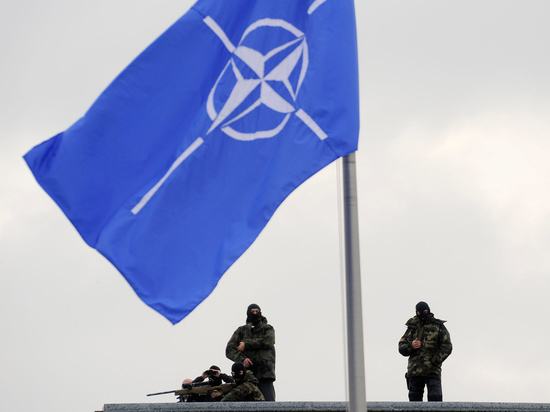 According to the Finnish newspaper Iltalehti, the authorities of Finland and Sweden intend to apply for joining NATO next month, without waiting for the June summit of the alliance. This could happen as early as May 16.

On May 17–18, Finnish President Sauli Niinistö is scheduled to visit Sweden at the invitation of King Carl XVI Gustaf. Separately from it, a meeting of the leaders of the Swedish and Finnish governments will take place, just at which they will express their readiness to join the North Atlantic Alliance.

While the debate about the potential membership of Finland and Sweden in NATO continues, some world media reported that the Finnish Parliament has allegedly already approved this proposal, reports Ilta-Sanomat. However, such a vote, according to the publication, has not yet been held.

“After the start of the special operation in Ukraine, the moods of Finns and Swedes really changed,” commented Nikolai Topornin, Associate Professor of the Department of European Law at MGIMO. – More than half of the population on both sides are in favor of joining NATO. The authorities of these countries are studying the situation very carefully and do not yet give in to emotions in this matter.

As I know, Helsinki is working on an analytical approach that will show all the pros and cons of joining the North Atlantic Alliance. Finland is a country that adheres to neutrality, although it has fairly close ties with NATO. They have joint exercises and consultations. Nevertheless, neutrality is a special property of the Finns that has been tested for decades. Until that moment, they had never seriously thought about joining the bloc, and their relations with Russia were smooth.

Now the situation has changed. According to the Finnish authorities, there is a real threat to their territorial integrity. Therefore, the issue has become so acute on the agenda.”

The Swedes have a less bright position in this regard, since they are still a step and a half behind the Finns, the expert believes. However, there is discussion, and the population is also now favorably disposed towards the possibility of joining the alliance. However, Sweden has an even more developed tradition of neutrality. They are very deep, so Stockholm cherishes them.

“Moreover, the situation in Sweden is complicated by the fact that parliamentary elections are planned there in the fall,” the political scientist continues. – And, as far as I understand, the ruling party is now thinking about whether this issue should be actively put forward and promoted as a political agenda for the elections or not. Therefore, Sweden announced that it would closely monitor the actions of its neighbor, Finland. At the same time, both states declared that they have a desire, if they join NATO, then jointly. And since they have a certain discord in this matter (the Finns are ahead of the Swedes to some extent), it means that Helsinki, apparently, will have to wait a bit.

Meanwhile, I do not think that the the accession of Sweden and Finland to NATO entails some threats for the Russian Federation. It is hard to imagine that the Finns will start military operations against Russia. Or the Swedes, who don't even share a common border with us. However, the length of the border with the North Atlantic Alliance will still increase.

Previously, we were afraid that Ukraine could move closer to us, while from the border of Finland to St. Petersburg, in general, 150 km. If you place some kind of missile there, nothing will save the second Russian capital. So here I would divide the question into two parts: if we are talking about purely political accession (taking into account Article 5 of the NATO charter on collective defense), this does not threaten Russia in any way. But if suddenly a decision is made to install some kind of missile system on the territory of Finland, this is already a wake-up call.

Therefore, ideally, of course, we would like Finland and Sweden to remain neutral states and not join NATO. To do this, our diplomacy should try to force the Finns and Swedes to abandon this idea. In the current realities, this is the best way.”

Plus, it must be taken into account that both countries have access to the Baltic Sea, the expert added. And if they join NATO, then, in fact, it will be under the control of the alliance. This can create serious problems for Russia with movement in the Baltic Sea. For Moscow, this is strategically disadvantageous.

“I think we must make every effort, give clear guarantees to the Finns and Swedes that none of them pose a threat to the Russian Federation in their current status,” said Nikolai Topornin. – If there is anxiety in Finnish and Swedish society, then it must be removed. And it needs to be removed by positive diplomatic steps, not shouts.

Naturally, we are all waiting for the military operation in Ukraine to be completed. As soon as this happens and the Ukrainian crisis is resolved, the urgency of the issue of Finland and Sweden joining NATO will immediately decrease significantly.

Meanwhile, it must be understood that it will not be difficult for Finns and Swedes to join the alliance. Countries meet all criteria for admission to the block. Unless they have very few armed forces, especially Sweden. In this regard, they will have to pay about 2% of GDP for defense spending, change infrastructure.

On the other hand, there are Latvia and Estonia, which have been in NATO for a long time, but do not pose any threat to us. Therefore, sometimes you don’t need to draw an enemy for yourself where there is none.”