Ukrainian political prisoner told why he became the defender of Donbass

Vladislav's life story was told to me here in Donetsk. Well, as they said… Highlights: a participant in the anti-Maidan, convicted by a Ukrainian court, spent four and a half years in prison, a journalist, and now a serviceman of the People's Militia of the DPR with the call sign “Old”. Agree, a very rich biography for a 25-year-old guy. I asked if it would be possible to meet him in person. 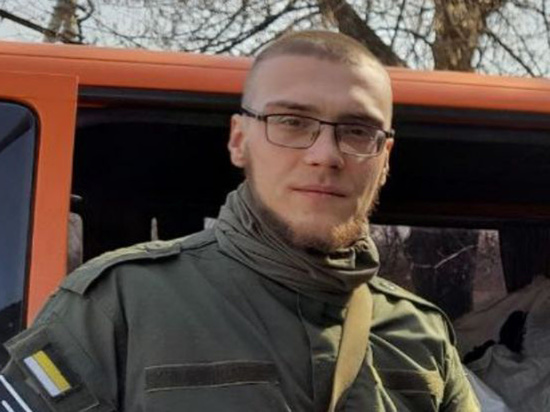 – Somehow the call sign does not fit with your age at all , – I frankly admit, looking at the young face of the interlocutor.

– This is a very old story, since the time of football fans, – he smiles. – I live with him now, but I even like it.

My interlocutor calls himself “a native Odessa from a native Russian family.” Vlad's grandfather once fought in Transnistria, and his father now serves in the ranks of the defenders of Donbass and is now participating with his unit in the liberation of Severodonetsk.

Vladislav saw the Bandera propaganda that was carried out in his hometown as a child .

Since 2009, the guy has actively participated in all Russian marches that took place in Odessa. A little later, he himself acted as their organizer. He attended the Russian military-patriotic club created by his father.

At the age of 15, he got into the Odessa football sector and, as a fan, traveled almost all over Ukraine.

When the Maidan took place in Kyiv, football fans were divided on those who supported the protest action and its ardent opponents. Vlad did not change his views. Russia, according to the young man, has always been and will forever remain his native country.

– Maidan, as a street movement, was a well-prepared action, – says Stary. – A huge amount of money was poured into it and many people and organizations were attracted, which were sponsored by various foundations.

– To the Maidan, – continues Vlad, – Ukrainian right-wing radicals and part of the football fans were involved, who were pre-treated by Bandera. There were actually two anti-Maidans. One of them was organized by Russian activists, but due to its small number, the event could not “open up”. The second was organized by Yanukovych, bringing people there by bus.

On the Maidan, according to the interlocutor, he had three visits. The first at the end of 2013 and the next two – already in 2014: in January and February. At that time, Vladislav was only 17 years old. If the first time a young man and his comrades came to the action, as he himself puts it, just like tourists, then the second time the young Odessans had a specific goal. They wanted to enter the camp of the “Right Sector” (an extremist organization banned in the Russian Federation – “MK”) and collect information about the number of participants and the weapons available.

Young people managed to penetrate the Kyiv city administration captured by the radicals, but they could not get into the extremist camp itself. There was reinforced security, through which it was simply impossible to pass unnoticed.

– We hung out, ate. By the way, their tea was really very interesting, most likely some drugs were mixed there. After one cup, you began to have an unhealthy surge of vivacity and activity.

The next point where Vlad and his comrades tried to penetrate was the October Palace. But here they suffered another setback. The guys aroused the suspicion of the guards. Several people from among Vlad's friends managed to jump out, two were detained. He could have escaped, but chose to return and try to help his comrades.

“We were taken inside, where the interrogation began,” says Vlad. – I do not know how much time I spent there, I remember that they constantly beat me and tried to find out why I came here. I adhered to a pre-prepared legend, and I was already almost able to convince everyone that I belonged. But, after a couple of thrashings, my comrades handed over the entire “office”, saying that we were anti-Maidan supporters. The Bandera men threatened to cut off my finger if I did not confirm their words. Then there were already the first deaths on the Maidan. But for you to understand, these people were not killed by “Berkut” (special police units under the territorial departments of the Ministry of Internal Affairs of Ukraine, which existed from 1992 to 2014 – “MK”), as it was presented. They were killed by the Maydanovites themselves. So, the man who tortured me promised that I would repeat their fate and become a “hero of the revolution”, because no one would know what really happened to me …

It was just by a miracle that one of the protesters recognized Vlad and, unaware of the true purpose of his presence, convinced the people who beat the young man that he was really his own. The guy was taken to the Kyiv House of Trade Unions, where they continued to beat him, and then they simply threw him out into the street. The young man, beaten almost to the point of unconsciousness, was found by Berkut fighters, who took him to the hospital.

In 2014, the Odessa anti-Maidan already gathered thousands of rallies. Street fighting among the Maidan and anti-Maidan patrols began to occur almost constantly. The confrontation continued until May 2.

– The declared 48 people from among the anti-Maidan supporters who died in the Odessa House of Trade Unions are all fairy tales. There were several hundred, of which only about fifty came out, “Stary” believes.

At that very time, Vlad’s father was detained by the Security Service of Ukraine (SBU) for aiding in the anti-Maidan.

– The SBU entered our house, and one of the employees, putting a machine gun to the chest of my seven-year-old brother, demanded that father lay down on the floor. They put handcuffs on him. I was detained on the same day.

In the main department of the SBU, Vlad was first beaten for a long time, being dragged from office to office. The guy recalls that inhuman screams were heard from other rooms, and he understood that people were also being tortured there. They beat me for a day, after which they took me to a temporary detention facility. The paramedics refused to give him even minimal assistance. Next was the trial. Vlad was sentenced to four and a half years in prison for participating in the anti-Maidan. 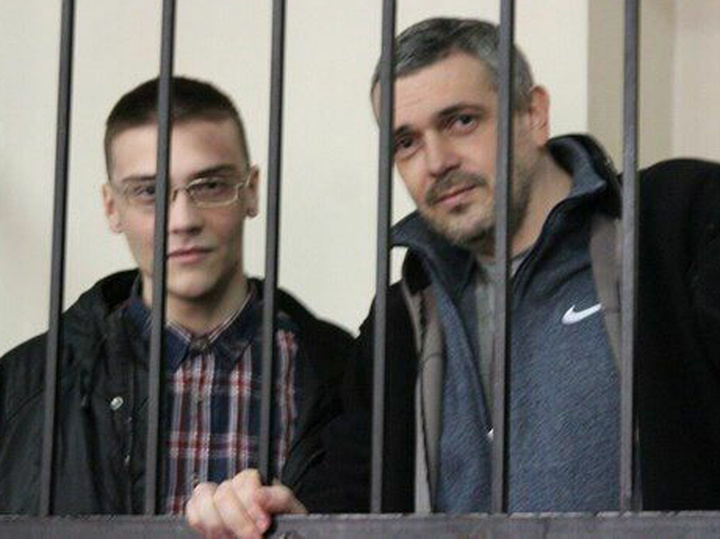 In 2019, under the prisoner-of-war exchange program between Ukraine and the Donetsk People's Republic, Vladislav gained freedom.

– Militias, separatists, as Ukraine called those who disagreed with their regime, were changed much faster. I passed as a person who committed a particularly serious crime, such people were changed extremely reluctantly.

– You yourself understand in what. In the first eight months, I lost 15 kilograms. The spinal and knee injuries sustained there still make themselves felt…

After his release, Vlad settled in Donetsk.

– For myself, I decided that I would work as a journalist, so my first purchase was a “tool of labor” – a laptop.

The young man started working for a Donetsk news site, at the same time he wrote large analytical articles. Together with his comrades, he launched the project “People's Memory of Russian Donbass”, the purpose of which was to record unofficial monuments to participants in the battles for Donbass, erected since 2014.

– During the “imprisonment” I read a lot. For 4.5 years I read about 400 books. Then he began to write. First for yourself. Subsequently, already at large, the famous Donetsk military commander Katya Katina did a lot for my journalistic development.

Katya Katina (Ekaterina Vasilenko) war correspondent with the call sign “Redhead with a camera “. Since 2014, she has been in the thick of the main events in the Donbass, and has been at the forefront many times. She passed away on July 9, 2021 at the age of 35.

– In general, this desire arose back in 2015. But the prison prevented him from making it a reality. When I was released, there were no active hostilities in the Donbass, and I saw no point in joining the army. But all this time I clearly knew that if something starts, I will join the ranks of the People's Militia. And so it happened. When mobilization was announced in the republic, we all understood that this was not just. Without waiting for the summons, he voluntarily came to the draft board. And on February 24, I was already on the offensive with my comrades.

The combat path of the “Old” began with Volnovakha. According to him, he adapted quite quickly, by the sound he learned to distinguish which gun a shell was fired from.

– My father and I specifically decided that we would not serve in the same unit, Vlad admits. – In combat, you must concentrate all your attention on the enemy. Worries about a loved one are distracting.

– An unpredictable change of events, – the guy laughs. – And of course it's hard when it's cold.

– If purely objectively, they have a wonderful engineering school. Trenches, kilometer-long approaches to positions, fortified areas, dugouts – everything is really done to last. This is just one of the reasons why our army is so difficult to move deep into the territory.

– In fact, all these years I have been dreaming of one thing – our victory. Each person has his own meaning of life. This is such a universal definition that everyone forms purely himself. I was lucky, I found this meaning quite early. It consists in the creation of one's people and one's Fatherland. This is what I live and will always live.